Well as you can expect we have been burning the mid-night oil pushing this baby over the line. It is with great confidence we have handed over the final film to the folks at the Outdoor Channel Group which includes: the Outdoor Channel, World Fishing Network and the Sportsman Channel. We have worked exceptionally hard managing our full time jobs and this love job, the Joe Brooks film. It has take five years and both Mike and I are excited to share this with you all. Enjoy! Remember you can purchase the film as well as run your own fundraising event for the Joe Brooks Foundation. All proceeds are tax deductions. Coming soon – will be the purchasing and fundraising program.

Below are the times.

On the film side

So what has happened since our last update in early April? We have been and are madly pulling the film “story” chunks together and filling in any missing linking items. The film is in post production being made ready for Sunday June 17, Father’s Day.  As you can imagine we are pretty excited to see the progression. This week we were in South Florida talking with two heavy weights [metaphorical of course] in the fishing/fly fishing fraternity Flip Pallot and Mark Sosin. These two individuals were influenced personally by Joe an for sure by Joe’s impact on fly fishing, especially in saltwater, in general.  We are so grateful to have their involvement in this important historical project. There has never been a biography of any kind on Joe. From his notes left behind we do know that he had intended to write his story some day. He died in 1972 when Mike was 13 and I was wee lad of 4. So 46 years later we finally are on the precipice of Joe’s & Mary’s story being told. Think he would be pretty excited… well sort of. Lefty once told us that of all the people he knew Joe was the least who would want his story told, but his was the most important to tell. Lefty was a huge driver and spark in getting this story told. We sure do miss him and so sad he will not be with us to see the unveiling on primetime of his mentor and second father Joe Brooks. 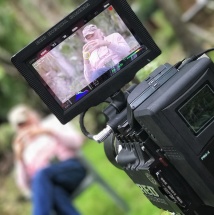 On the distribution side

We are pretty excited to announce we have signed a deal with Outdoor Channel, Sportsman Channel and World Fishing Network to premier the film on Father’s Day June 17, 2018.  This is incredible and it’s going to be amazing.

You know, this journey for Mike and me is nearly at a close, yet it has been very special. Two brothers with an idea to both honour their great uncle and by extension bring immense joy to our 84 year old father. This is so cool and we are so proud to be able to have this opportunity. Joe was like a second father to my dad and to be able to in a sense bring him back to life through film is so very special to Mike and me, our family and of course my dad.

Mike and I thank everyone for their interest over the years in our endeavours to make this documentary about Joe and Mary.

To see all the clips made to date please visit our YouTube channel.

Please leave us a comment/s here and tell us your stories about how Joe may have inspired your fly fishing journey.  We love to hear these stories and thank you in advance/

We are into the home stretch. The movie is processing great with the deadline of Father’s Day 2018 our target. Many stones have been up turned to reveal Joe and Mary’s story. One in particular was a letter from Mary in 1985 to a cousin, Laura Brooks, who asked some questions which have helped so much in pinpointing key dates  to certain aspects of Joe’s life which were up to that point a bit hazy and guess work at best.

Alex, the director is working feverishly in post production to chuck the various chapters of the story together for review. He too has been interviewing key figures in the fly fishing landscape.

We were saddened greatly at the loss of our guiding light and friend in this project the legend, Lefty Kreh. What a huge hole this has left us with. What a big loss to our buddy and dear friend in this project. Joe was the major influence in his life and Lefty so much wanted this story told. His passion for telling this story ran hotter then both Mike’s and mine combined. Joe in Lefty’s eyes was everything. His hero. His mentor. His father. I cannot express enough how deeply Lefty wanted Joe and Mary’s story told. Fortunately for the fly fishing world we have a huge amount of content of Lefty. He will be greatly missed and we are so sorry he will not see the final product. This film will be dedicated in loving memory to Lefty.

What has happened to date:

December 2017 – final stage of filming in Argentina and the creation of the 9 min piece for the IF4 Film Festival.

Securing TV showing time – Some exciting developments have come about with a major cable network premiering the film on Father’ Day.

Having a film night event

Many fly fishing organisations like fly fishing museums and bodies, fly shops and outfitters, and film festivals are interested in premiering this inspiring film. We will soon have more detail on how to create a fundraising event around this film. As you know we are a not for profit organisation and all money raised by the showing of the film as an event will go to philanthropic activities in conservation and outdoor education. 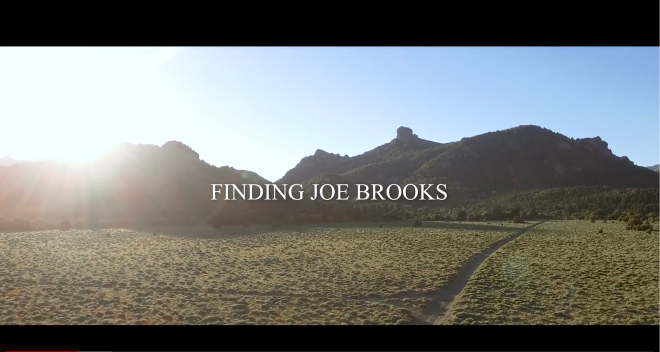 Filming the Joe Brooks Documentary has now been underway since May. We are so pleased with how the imagery is coming along as well as interviews from key people who knew Joe and Mary, like Lefty Kreh.

So what have we been up to?

We too are looking to get a shortened version of the documentary into various film festivals. The film will be ready for release Father’s Day, June 2018.
Below some behind the scenes pics from filming in Cuba, Brotherhood of the Junglecock, Lefty’s house, dad at Mike’s office.
Joe 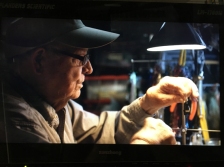 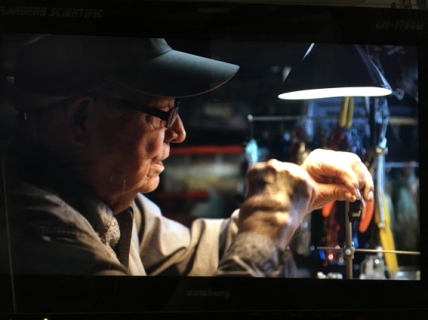 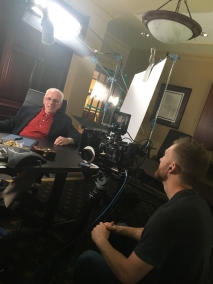 I have just returned from sharing the weekend with the community and family of the Maryland (Founding Chapter) of The Brotherhood of the Junglecock. What an awesome experience and weekend. Having attended the Campfire over 40 years ago with my dad and our Great Uncle Joe Brooks this brought back a flood of memories. My first campfire in 1970 and my last campfire (1972). Joe took me under his wing and in his warm fashion, showed the art of casting to me. I fell for it right then then and there. I practiced and in 72 with Joe standing on one side and dad and my brother Rob on the other, I was fortunate to win the casting event and catch and land my first trout.

To think that this idea was created around a campfire over 75 years ago is amazing but pales in comparison to the fact that is even more amazing today. The leadership of this great community is absolutely the very best and have with great dedication, heart and passion served the mission purposed of the enterprise with caring, compassion and honor. Joe and the other founders of the Junglecock would stand up in awe…applauding!!!

We will be posting video of the day, interviews which Lefty moderated and pictures of our experience. Stay tuned.

The Brotherhood of the Junglecock Update

75 years of the Brotherhood of the Jungle Cock

75 years ago the idea of The Brotherhood of the Jungle Cock began to form when, in 1938, Joe Brooks, Jr., J. Hammond Brown and Frank Smoot launched a publication entitled “The Junior Outdoorsman”. Published by The Maryland State Game and Fish Protective Association, the effort was directed specifically at young boys. The concept of teaching youngsters about fishing and conservation of our natural resources was the ground work for the formation of the Brotherhood.

Joe Brooks was then Chairman of the Fresh Water Committee of the Maryland State Game and Fish Protective Association while Ham Brown was the organization’s President. Frank L. Bentz, Sr. was Public Relations Director of the Maryland Game and Inland Fish Commission.

At the urging of Joe and Ham, Frank arranged a weekend outing on Maryland’s Big Hunting Creek near the town of Thurmont in Frederick County, Maryland. Invitations were mailed on the letterhead of The Maryland State Game and Fish Protective Association to members of that group and to the Outdoor Writers Association of America, and other guests. About twenty-five anglers attended the weekend affair held on the opening day of trout season in April. The hardy fishermen overnighted in a rustic lodge still under construction at Camp No. 1 in the Catoctin Recreational Area; it did not yet have windows.

The gathering of anglers was so successful that it was decided to repeat the weekend fishing foray the following year dubbing it “The Anglers Campfire”. The above text is from the BOJC website.

This was the beginning of teaching thousands upon thousands of young men how to care for the environment, a love of the outdoors, stream craft and fly fishing among the many skills learned. What an amazing program and institution set up on a snowy afternoon long ago which has touched and influenced so many lives for the better. In a day of so much negative and heart wrenching local and global news and with so many young people more inclined to play online video games this is then a life saving organisation. Type one diabetes along with obesity are on a rapid increase. This is a great organisation every boy needs to be a part of.

Thank you BOJC and congratulations on 75 years. Joe, Ham and Frank would be so proud of all the heavy lifting you have done over the years. We thank you for the many lives influenced and impacted in a positive way.

75 Years of BOJC – the Brotherhood of the Jungle Cock

Joe Brooks was one of the most influential sportsmen in American history. He was best known for his regular appearances with Curt Gowdy on ABC’s “American Sportsman” in the 1960’s and 70’s, one of the most popular sports shows of all time and one of the very first television shows about fishing. Brooks had a major impact on modern fly fishing not only through pioneering new techniques, new places and new species of fish, but also through his prolific writing about the sport. Joe became one of the best known writers of the 20th century on fishing. His story has never been fully told. We are setting out to do that with this new film Joe Brooks – how love changed fishing forever. Stay tuned to this blog and our Website www.joebrooksdocumentary.com for updates and news about the film.